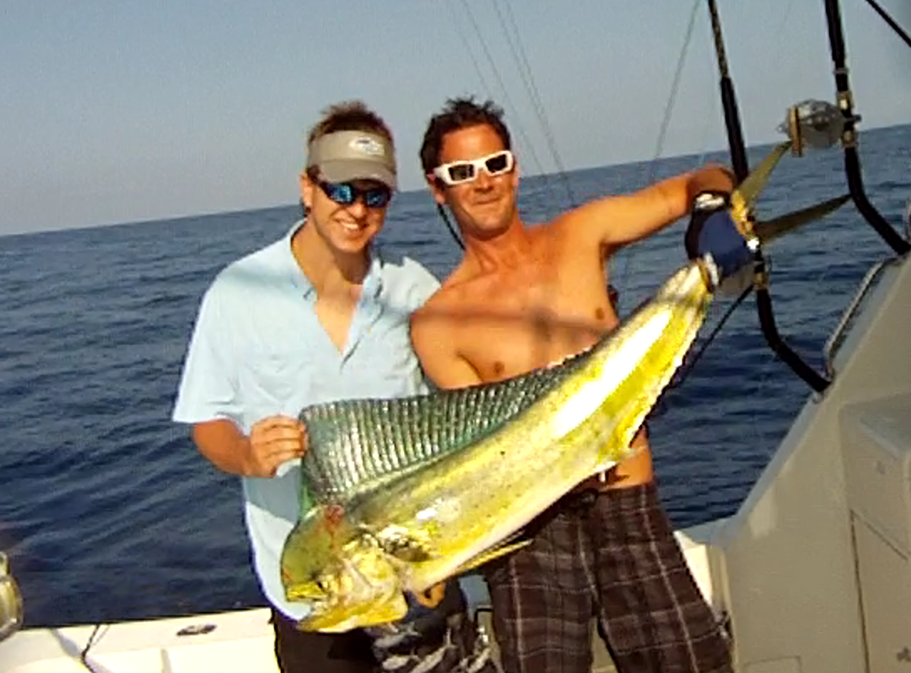 Cameron along with his family from San Antonio, TX had a mission. Catch a fish! Last year Bob Collins brought his family to do some fishing in Kona, Hawaii and we had two days of terriffic fishing! His two daughters pulled on everything from rainbow runners to mahi mahi and Ono and even a shot at a marlin. Now he is back with his Grandson, Cameron hoping for a little action for him. Sure enough, we had some fun. The first day was a little slow with a small mahi mahi. Now on the second day things pick up. We had a few shots at an elusive Shortbill Spearfish that hit two lines and did not stick…Arrgh! Then as we headed offshore, this nice mahi mahi strikes. We are hooked up! Cameron lands the fish effortlessly. Fun Family Fishing! Cameron will be attending college in the fall on Oahu, I think the Islands agree with him. 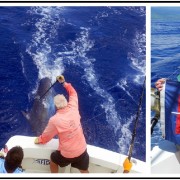 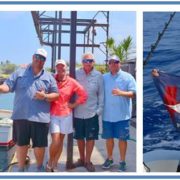