The Tournament that kicks it all off. Local Style. Largest flag fish of each category splits purse.

No other big game tournament allows teams to fish anywhere in the world for 8 hours in their time zones. The World Cup is for 1 day only, for 1 species only and with 1 winner only. There is no second place in the World Cup.

The Kona Throw Down

Patterned after the golf format. Daily purse is available for the largest marlin over 500 lbs.

The Hawaii Lure Makers Challenge fishes exactly like the September Challenge did, we have simply added a category for teams sponsored by lure makers to compete against each other to prove which is the most productive lure brand.

Built on prestige, trophies and strict International Game Fish Association (IGFA) rules for world records, teams from around the world gather to fish the world-famous waters off the Kona Coast and a chance of capturing the HIBT’s prestigious Governor’s trophy.

This tournament will follow the HMT Series Points scoring system, so that all teams in the running can Wrap the season competing for all possible points.

To those of you that are interested in fishing some of the Kona Fishing Tournaments in 2019, we are wide open for bookings this year and we have availability. With an El Nino developing we expect an awesome year.  We have seen some big fish at the scales and the big ahi tuna are starting early.

Below is the Tournament Schedule for 2019. Contact us to discuss and we can go from there.

Please feel free to contact us about availability and information about these events.

Feel free to contact me about availability and information about these events.

The Charter Desk is hosting their annual New Year’s Day Tournament!!  Sign up at the Charter Desk!  http://www.charterdesk.com/tournaments.html

Kona’s signature “Big Game” Tournament that scores ahi and marlin points for the base purse. Optional categories for the largest marlin and ahi of each day and of the two day tournament.  http://www.konatournaments.com

The “World Cup” is truly the only worldwide tournament of its kind. Each July 4, teams fish for 8 hours in their time zone to see who can catch the largest blue marlin over 500 pounds. Winner takes all. There is no second place.  The World Cup supports game fishing though its support of the IGFA and The Billfish Foundation.  http://www.bluemarlinworldcup.com/

The most unique Big Marlin competition in the world! Patterned after the golf format, the base purse is available each fishing day to the largest marlin weighing 500 lbs or more. If no one catches a marlin of that size, the day’s purse rolls over and is added to the next day’s purse.. http://www.konatournaments.com

Five days of tournament fishing August 13-17. Anglers and teams are invited to apply early as full tournament participation is anticipated. Log onto http://www.hibtfishing.com/ for details.

The event that started it all off in 1986, this event celebrates its 26th year in 2012. The BIMT was the very first high stakes, big game tournament in Hawaii to pay a cash purse for tag and release. The base entry pays the top three largest marlin. Optionals pay most points and largest marlin per day.   http://www.konatournaments.com

The Hawaii Marlin Tournament Series began from the deck up in 1986. The September Challenge has been designed with input from the top skippers of 2010. The team raised the minimum weight to 400 lbs and increased the First Place Prize to 70% of the base purse.  http://www.konatournaments.com

Feel free to contact me about availability and information about these events.  You can visit these sites for registration forms and additional information 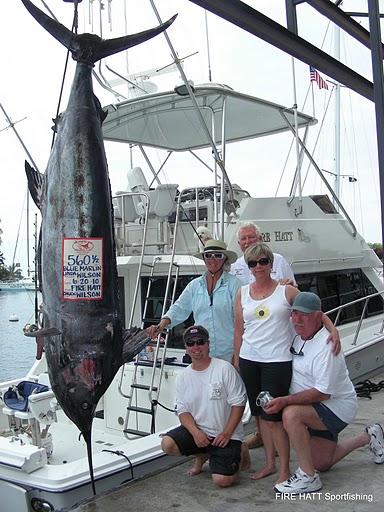