You are here: Home / Fire Hatt

The big boys are here! Spring continues to be a banner time for the Pacific Blue Marlin in Kona Hawaii. Today was no exception! Peter Lamm visiting the Island from New York landed this beauty fishing aboard Fire Hatt. A nice 175+ pound Blue Marlin was tagged and released by Captain Joe Shumaker and First Mate Austin Toth.  Peter has been fishing the Big Island for many years. Wonder what keeps him coming back?  Another exciting day on the water… 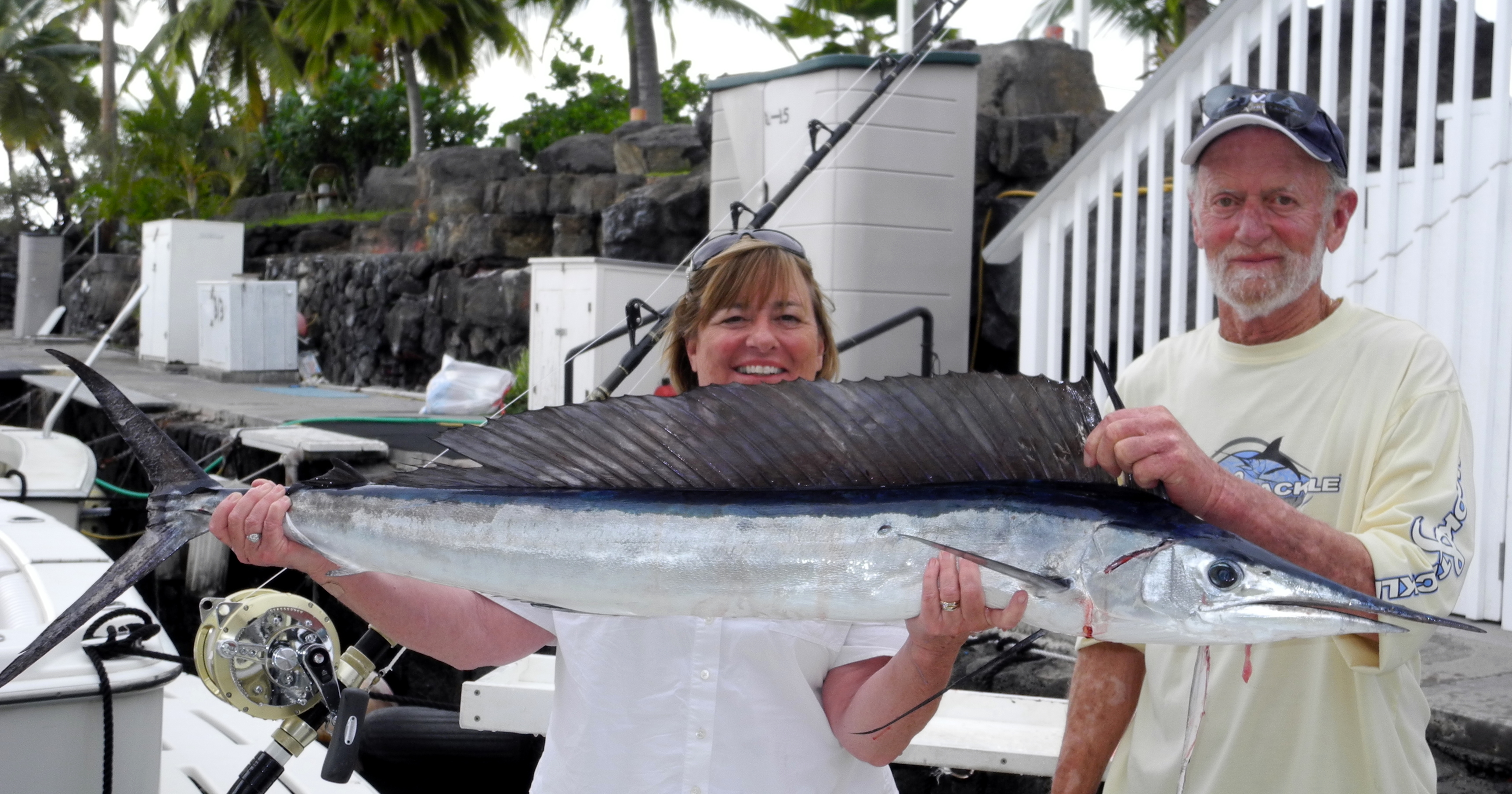 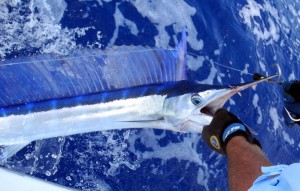 The Shortbill Spearfish, Tetrapturus angustirostris, is a species of marlin native to the Indian and Pacific Oceans, with occasional records from the Atlantic Ocean. This species occurs in open waters not far from the surface. This species can reach a length of 230 cm (91 in), though most do not exceed 190 cm (75 in). The maximum recorded weight for this species is 52 kg (115 lb). It is of minor importance to commercial fisheries and is also a game fish.

Spearfish are surface feeders, eating other small or medium fish and squid. They mature at two years old, and rarely live past three years old. The maximum age may be up to five years. Spearfish are not caught as gamefish in most parts of the world as their numbers are too low and being reduced by accidental bycatch. Most spearfish kill is incidental. They are caught by “sport” fisherman targeting other billfish, by commercial longliners fishing for tuna, and by troll fishers.

Featured in the top photo is Elaine and Johnny Vaughn from Huntington Beach, CA with Elaine’s Shortbill Spearfish caught here in Kona Hawaii