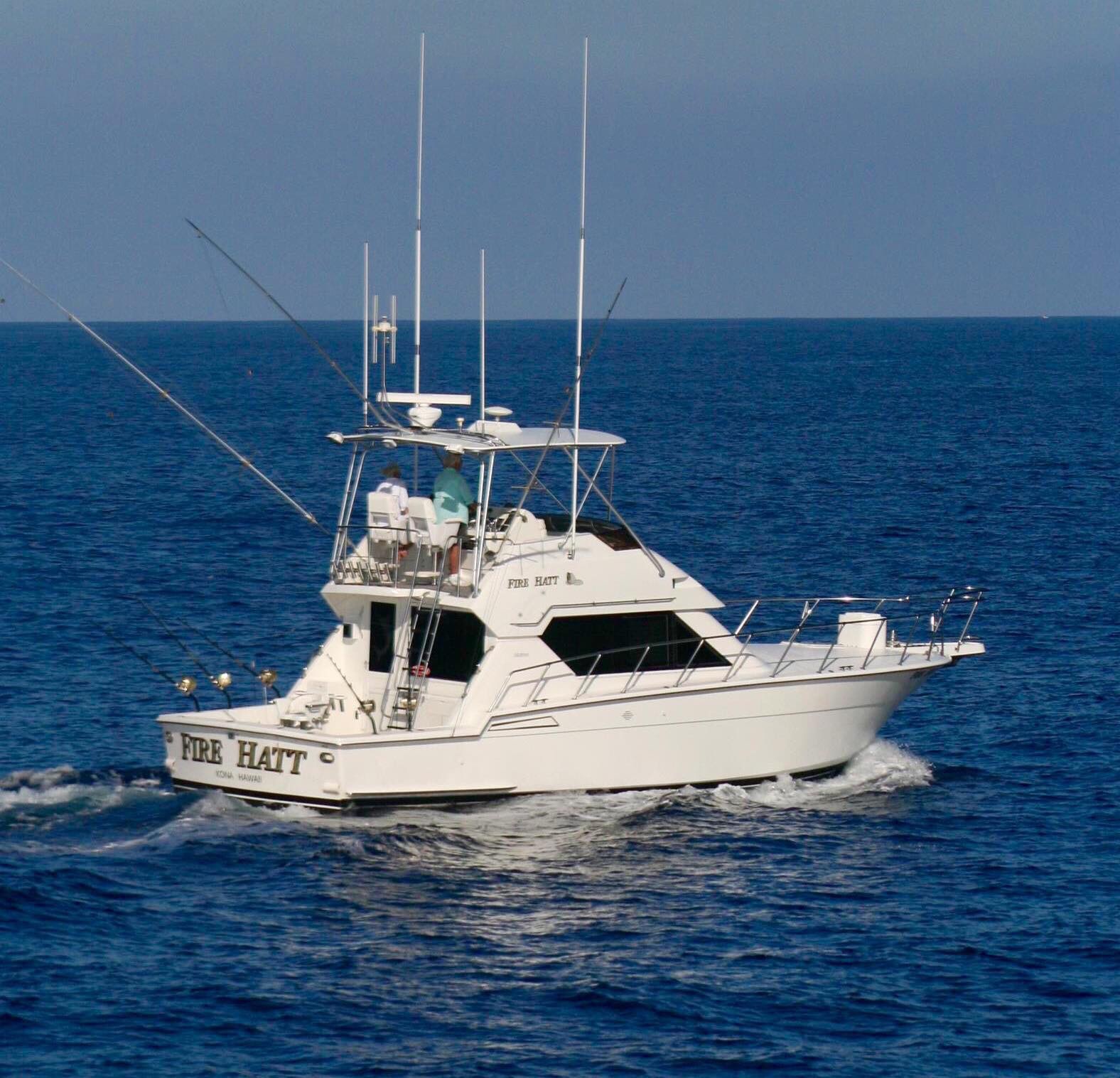 Former Southern California Team Fire Hatt, husband and wife Chuck and Linda Wilson, have found their dream life, running their charter boat Fire Hatt in Kona, Hawaii. The two were well known for fishing both mako shark and marlin tournaments in Southern California and spent most of their summers in Avalon, fishing, snorkeling, diving and being with friends. For two seasons they were featured on the network series The Shark Hunters as well as winning the Zane Grey Marlin Tournament.

When Chuck retired from Manhattan Beach Fire Department, the couple decided to move and live in Kona, Hawaii. Making that move was not for the faint at heart. The logistics of moving their boat on a freighter and all of their belongings in an oceangoing container to unfamiliar ground was a real test.

The Fire Hatt has been an amazing business as well as such an amazing way to meet some really amazing people. The couple’s philosophy is “when folks show up on the boat as a guest, I want them to leave as a friend,” Chuck says.

Chuck and Linda have made some amazing headway and accomplished every top captain’s dream by catching their grander blue marlin off Kona. They have had many other large marlin, but that grander is about the most prestigious accomplishment any skipper can make.

Years into the business they have continued to provide a better program than the year before so they do not risk being left at the dock. Chuck’s belief is:”If you focus on your business, it does not matter what others are doing. Providing a better service model benefits everyone, especially future charter guests.”

Please give Chuck and Linda a shot to show you an angling good time while in Kona. They will show you both the similarities and differences with your own fishing experience and how they do it and why. Their 43ft Hatteras is immaculate, and they employ the finest in reels and equipment-all matched in size and manufacturer from light tackle to the 130 Shimano Tiara reels for the trophy fish.

Visit www.firehattsportfishing.com or call 808-987-0038 to book your adventure today.