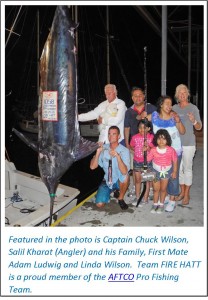 Year round Big Blue Marlin, fishing in calm sapphire blue waters with a volcano back-drop and less than half a mile offshore. Does it get any better than that? Well, we don’t think so. This is the third straight year Kona, Hawaii has made the Top 10 Billfishery List. This may not be a numbers fishery, but it is a Blue Marlin powerhouse. Kona recorded three (3) Grander Blue Marlin, with Captain Chuck Wilson on FIRE HATT, a 43’ Hatteras weighing the heaviest Blue Marlin in Hawaii this year at 1,058 lbs. Chuck also has the second largest Blue Marlin weighed in the world in 2013.   Chuck’s fish was caught on a Ken Matsuura Custom 50 lb Reel with a 130 lb Amilon mono topshot.  The heaviest Marlin weighed in the world came from Ascension Island , the famed big blue marlin fishery. Capt. Olaf Grimkowksi put angler Kevin Gardener on an absolute beast of a Blue Marlin, weighing 1,320 lbs

While the crews in Kona may not want to claim it, Kona is absolutely the best fishery in the world to catch a Shortbill Spearfish. While they don’t pack the punch of a Blue Marlin, they can be targeted reliably here on light tackle. In addition to the Shortbill Spearfish, the winter time brings a good run of smaller Striped Marlin and when the bite is on, catching 3+ in a day is not out of the question.

While adding some species variety makes it interesting, anglers continue to return here in search of that “special” Blue Marlin. Kona remains King of the Pacific when it comes to getting a shot at a Grander. Kona has weighed eight (8) Grander Blue Marlin over the past three years. Once again, No.1 in the World.

*For Statistics and Information on all Granders weighed and released in 2013 and prior years, visit  GRANDERWATCH . 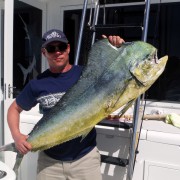 When a Woman Loves her Man, She Takes Him Fishing in Kona Hawaii
0 replies

Spearfish Are Here and They Are Hungry.

Family Fishing in Kona Hawaii at its Best
Scroll to top