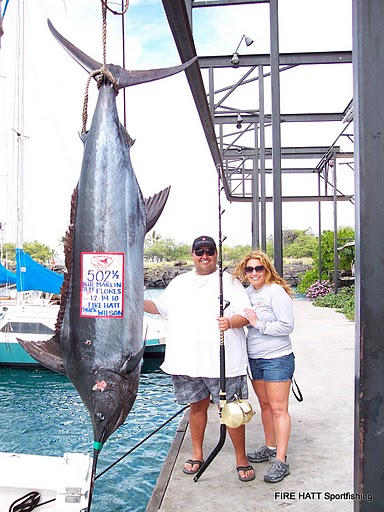 What a great month December was.  We had several folks out and the fish were cooperating.  Several Spearfish, Blue Marlin, Mahi and Ono.  This is the time of year for Spearfish to show in numbers. Several of our guests: The Clark’s, Rob and Heather, Charlie Gillespie and Mike Wagner came from British Columbia, and Charlie was from Anchorage.